How hard could it be to get people to believe a fake political poll?

I was looking at the Wikipedia page "Opinion polling for the United Kingdom European Union membership referendum", which is pretty much where all the cool kids get their Brexit polling data:

I noticed all of the sources of these polls are the original polls themselves. What do the sources look like? Some look like this: 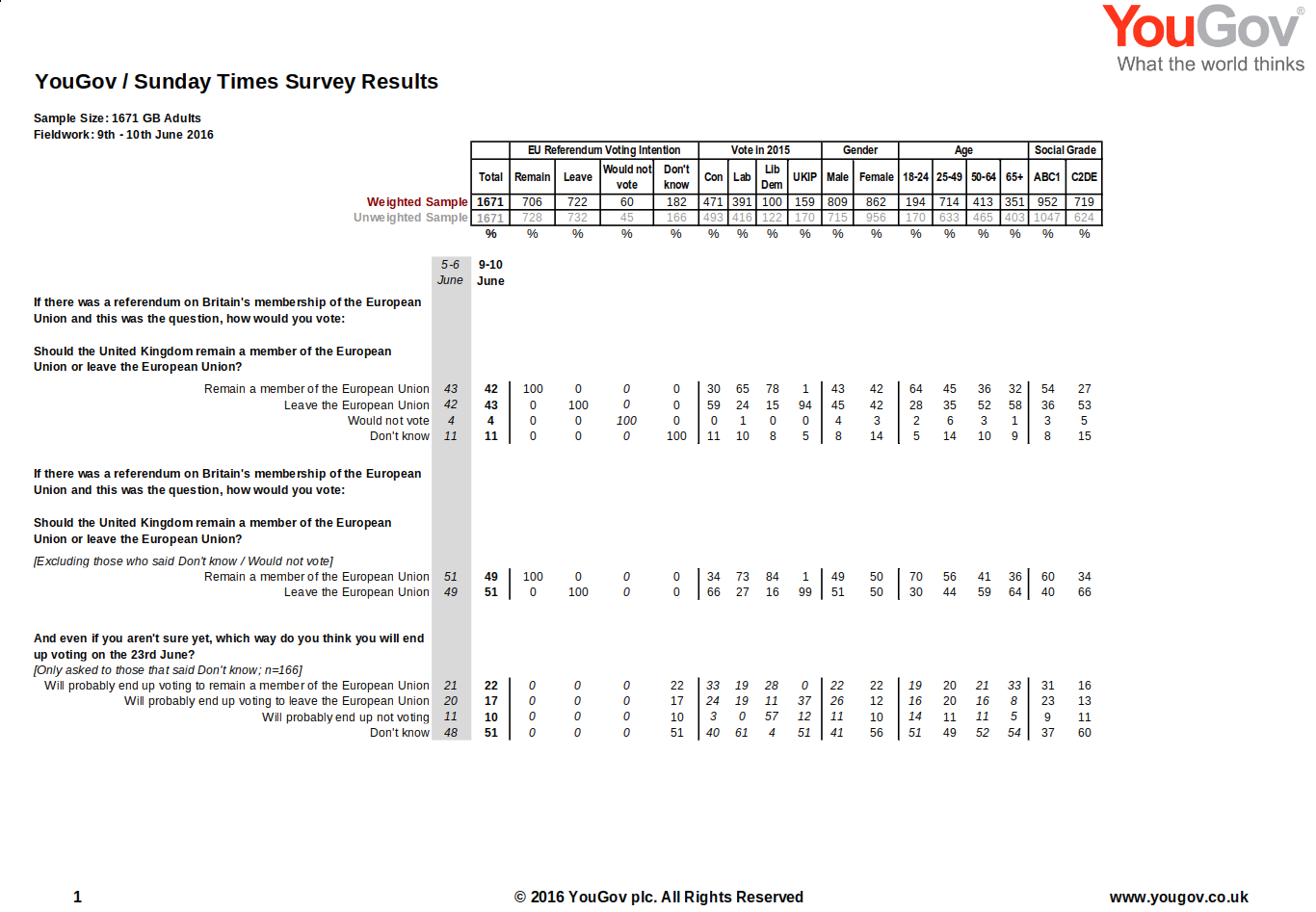 Wow, fucking boring. Who wants to fake tens of cells of tabular data? Not me! So I found a "poll" whose source was literally a Mailchimp campaign. I couldn't pull up a screenshot for the original campaign as they've deleted all of the pages for their previous polls. But in any case I signed up for a Mailchimp account, and made my own poll: 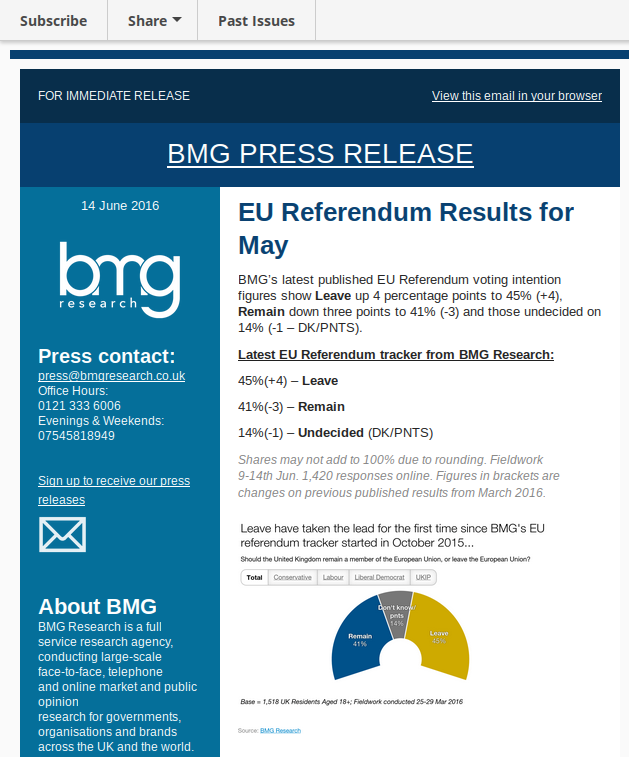 I wanted to see how long this could last, so I didn't include any birds with arms or pictures of weev, but I did set the sample size to "1420". So I got my poll published on the Wikipedia page and it was up until I went to bed:

The poll lasted about 10 hours before being removed. By the time I woke up, I faced multiple news articles, accusations of trying to rig 30 million fake british dollars in betting markets, and threats of waterboarding. 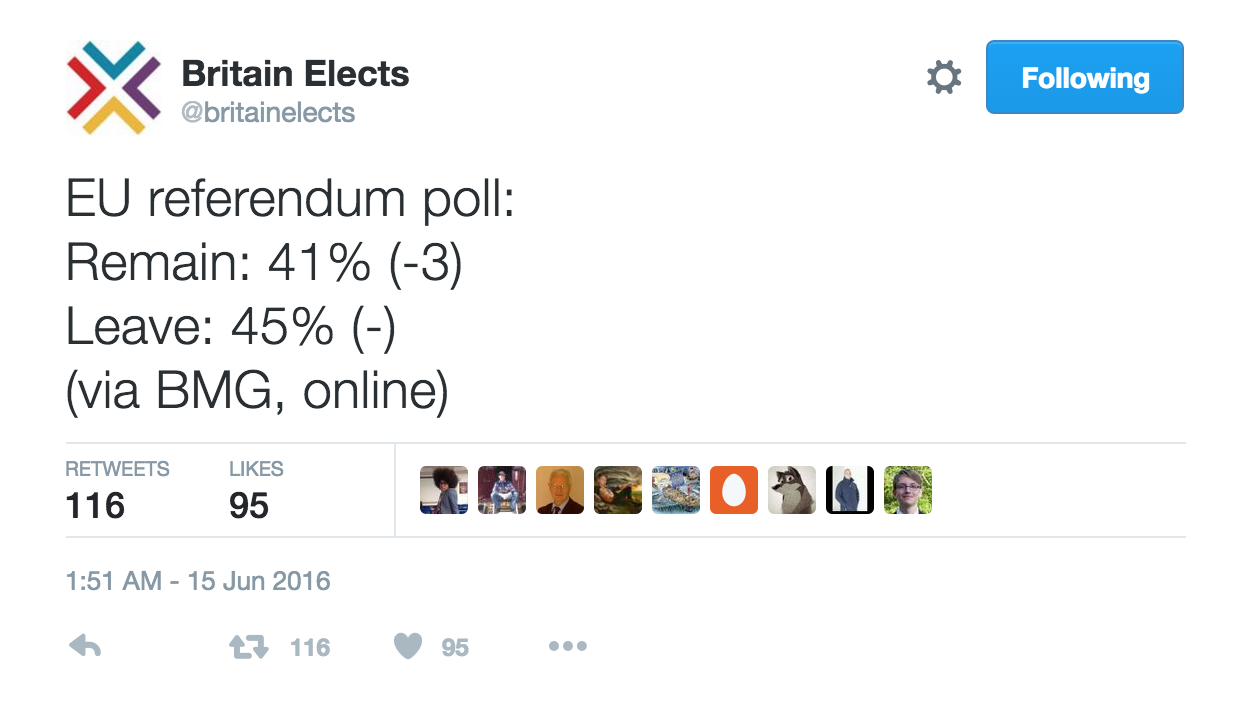 Simple enough. Here are some good quotes from these articles:

The poll appeared to have first been posted by the BritainElects account on Twitter, which was then included in a report by the *Guardian* and included in JP Morgan's analysis of the referendum on Wednesday.

.. raw:: html
Researchers at the U.S. bank based their calculations on polls from ComRes, TNS and BMG. .. raw:: html