I'm pleased to announce the start of a new project that aims to improve the mental health of netizens in the greater imageboard culture. It's called "Good Shitposter", and its members are working to organize information to educate people on the effects of community subversion and give people resources to find small groups of high-quality friends.

This 0.5BTC donation came from a struggling shitposter to cock.li shortly before he committed suicide. In his note he wrote, "I think and hope that they will make a better use of it," and we will. We hope to make a meaningful difference in a community where there is a lack of sympathetic resources, and where mental health is not actively encouraged in the culture.

This is a standard look at the problem we're dealing with: 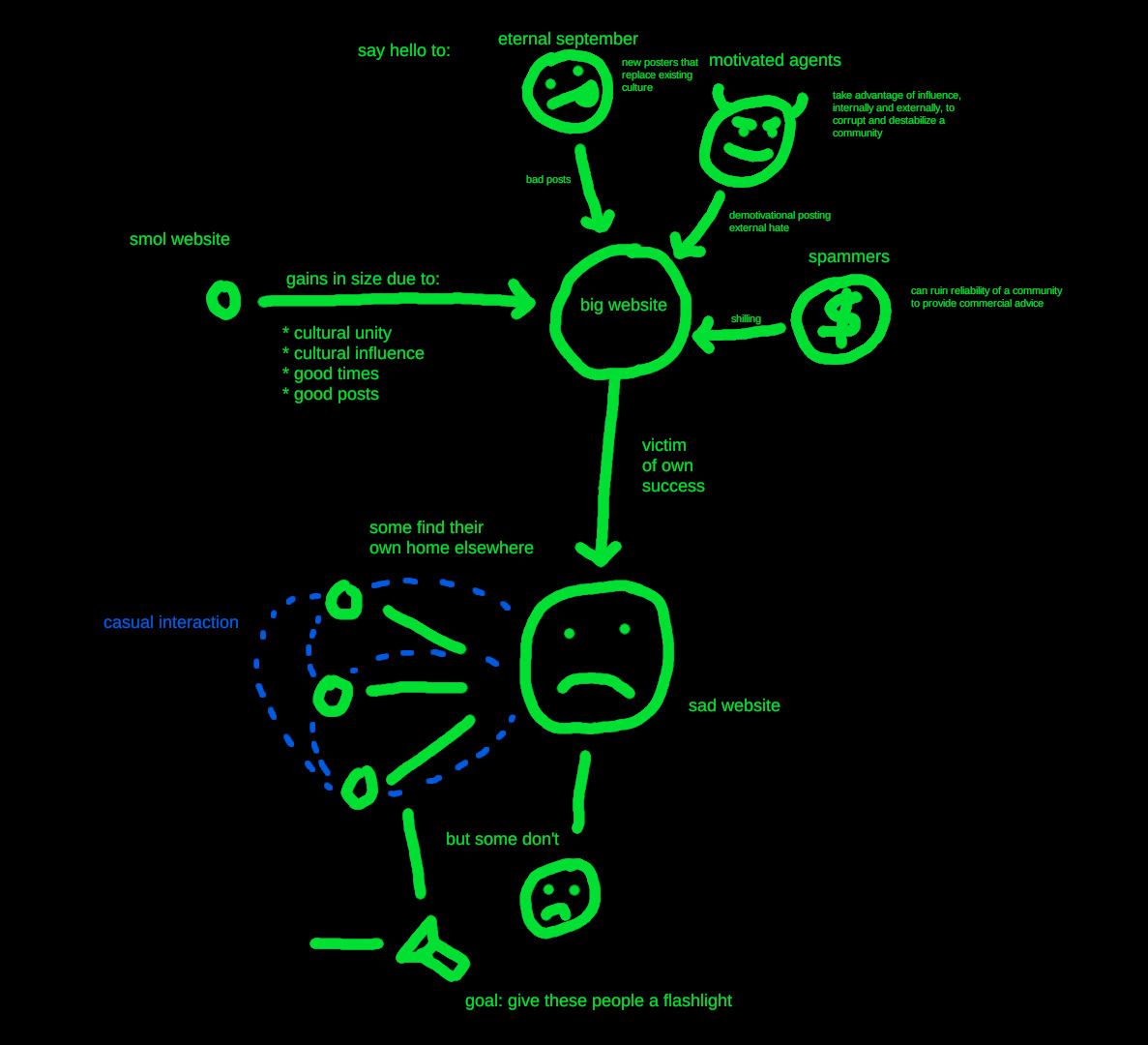 We want to teach every shitposter that social media is not your friend, and large communities of people often share some of the same harms. But there are thousands of small groups of people with similar interests to you which don't suffer these problems. How do you find one, and how do you know when you've found your home?

These are just some of the problems we hope to solve for people. Not by creating an online community aggregator, but by educating people on this process and giving them the courage to act.

Over the last couple days, I've met some great people who have ran similar projects, like the "How to Build a Fren Movement". We're excited to join forces with them and anyone else who wants to make a difference in this field.

How to get involved

The group making this happen is the Good Shitposter Working Group, or GSWG. If you'd like to join us, we encourage you to reach out:

We're also on Matrix -- e-mail us your details for that.

Right now there are the following public resources:

And we're on these "social" medias:

We're building support structures for some people who really need it. I hope you'll enjoy.