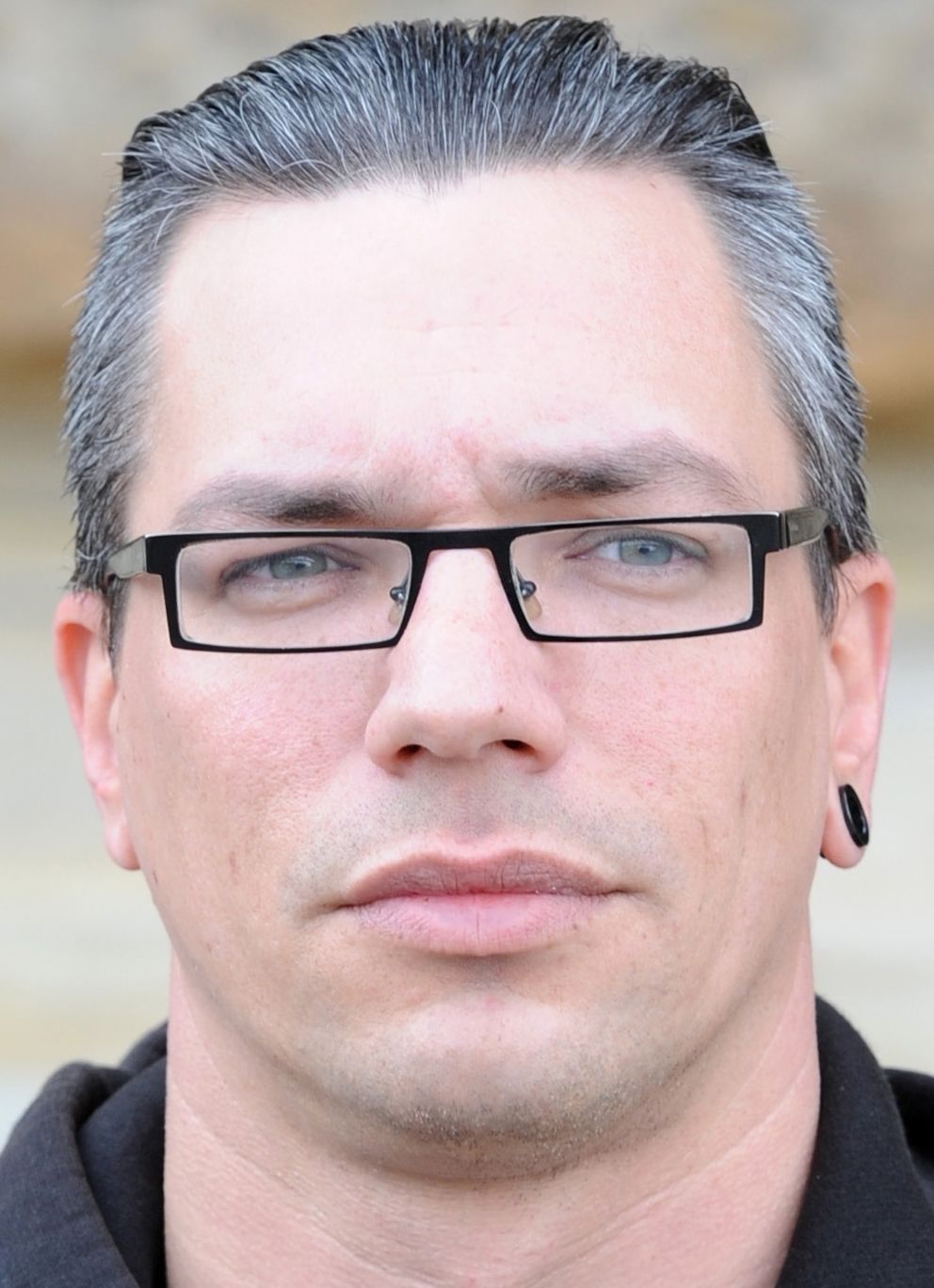 On Saturday night (Sunday morning) at around 4:30AM my friend and I were the victim of a brutal assault that was started, escalated, and carried out by the most senior members of the Orga group of the Chaos Communication Congress. If it were not for the evidence we collected, you would think I was crazy. But these abuses are very real. CCC is an organization whose leadership has been infected with people who use their power to exert political will over their victims, and have demonstrated that they are willing to resort to violence to meet some political end and theft to destroy evidence. They carry out that violence at the Congress Center in Leipzig, Germany, where the event is held every year.

Michael Hirdes, known as Dodger in the CCC community, is the chairman to the board of the Chaos Computer Club, the organization that runs Congress. He is the head honcho of CCC and is a minor celebrity despite the rumor that orga members try to maintain a low profile and blend in. Michael approached me last year to basically berate me about my free-speech e-mail host, cock.li. When I was not reciprocating to his demands, he told me I was not to register an assembly for 36C3 unless I had written him a big e-mail about how I have changed as a person and how I have removed all of the unfunny content from my website. When I brought up that lots of orga members themselves use cock.li, and that apparently it is not as offensive to everyone as it is to him, Michael informed me "that is why we are talking to you right now, instead of beating the shit out of you". He denies ever saying it, not sure what use that is now.

An important detail to note here is that I have never registered an assembly at C3, and there has never been a cock.li assembly. Also relevant is the Arbitration Board that was set up specifically to deal with the issue of orga members arbitrarily weilding power. Every orga member, angel, and attendee I have described this to said that the Arbitration Board was specifically set up to deal with situations like this, but as we'll see later, this hardly matters to Michael who sees himself as directly superior to the abuse-preventing processes he implemented.

This year I was approached by Michael shortly after having a suspicious conversation with someone from Sea-Watch, whose activities are described as charity by some, and human trafficking by others. Michael started by giddily cherring a "Hallo!! :)" and asking where his e-mail was from last year. Since he wasn't listening to responses, he continued by insisting that he had actually told me not to come at all unless I sent this e-mail, which was simply not true, and apparently not even that would have been binding. When I brought up the arbitration board, he told me "I rented this event space, I can control who is and is not allowed to be here". The arbitration board is just for his underlings, he is free to abuse his power as he wishes.

Michael was accompanied the whole time by the short-haired woman you see hit the camera in the video. They were insisting we leave, and while having a point is fun we were about to leave. They said we have 5 minutes. But once she put her hands on me (which you can hear in the recording), I sent the audio and switched over to video. Once they saw my camera was on the woman started grabbing for it. As I was walking toward the door to leave, my friend and I were prevented from leaving by an additional gang of staff members who were ready to follow Michael's instructions. The C3 CREW team forced me to the ground and stole my phone. They then jabbed various body parts directly at my neck, at several points cutting of breathing and at one point even circulation of blood. These obviously untrained women were LARPing as real security guards, and apparently it went straight to their head because there were really focused on cutting my breathing. Who would risk brain damage against someone who was already following instructions? Who would tell someone to leave, and then forcibly prevent them from leaving? Corrupt power.

My friend who took the recovered video was eventually brought to the ground and suffered a similar assault. But he managed to keep his phone underneath his body and ultimately saved the video. The CREW team apparently called the police so they could witness what they would later describe as a "crime against us". The police did their police thing and totally believed everything they were hearing at first, but then seemed to wise up and were more interested in hearing any identifying information we might have regarding the women. This process is ongoing :)

We were arrested, taken to the station, and afterwards my friend went to the hospital and I went back to the center (with police escort) to retrieve my backpack and tuica. It was interesting watching the police take in the congress around them -- they had been inside the CCL before but never for C3. I might of brought up a couple of the terroristic activities that are encouraged systemically there. We had a good time.

Just yesterday I hailed CCC as a "mecca", even given what happened last year. I should have been paying closer attention to the cancer that's been infecting this place for years.

The head prosecutor has already started on the case against the individuals who assaulted me. With legal representation I plan on holding CREW, Dodger, and the Chaos Computer Club e.V. responsible. I bet the Leipziger Messe has no idea things are this bad.

Here's what we've recovered so far: